How to embarass your friendly neighborhood Halibut

I tried something different today. When cooking seafood, one usually thinks White Wine. Well , I wanted to know what if I went against the norm. So I went for it.

Halibut is a pretty hearty fish, white meat, not oily, and not overly flakey.  I gave it a light sear, then made the sauce. Half a cup Amarone, diluted by additions of occasional water during the cooking time. 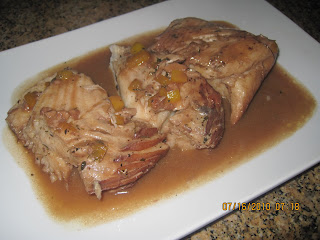 Results. The dish was surprisingly great. The fish was not embarrassed at all. Indeed , it stood proud, and ready to take on many a four legged beasts.

The remaining Amarone was recorked. We drank white wine with the dish which I served with a whole wheat , herbed cous-cous.